A global platform for innovation

A network of innovators
and a 72hs open innovation bootcamp
to source, design and code innovative solutions for & from Africa

Roundtable "The future of innovation"
animated by Chris Anderson

Attribution of prizes and closing cocktail

Africa 4 Tech is a growing community : JOIN US ! 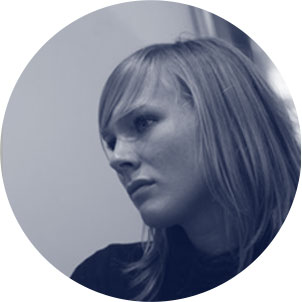 A former student of Celsa-Sorbonne and early advocate of African techs & Open Innovation, Stéphan-Eloïse Gras was the coordinator for digital cooperation and prospective at the Institut français (French Foreign Affairs Ministry) where she developed from 2011 to 2014 "Digital Africa", a forum for digital industries in Sub-Saharan Africa.

She was a fellow researcher at Brown University (2010), NYU (2013) and worked for the Regional Cooperation between France and South America in Buenos Aires (French Foreign Affairs Ministry) from 2006 to 2009. In 2014 she founded "L'Oreille", a collective of open innovation consultants & creative technologists and "Africa 4 Tech". 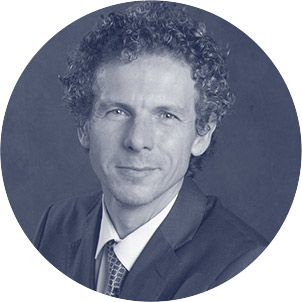 Born in 1967, Gilles Babinet is a serial-entrepreneur, especially in the digital industry. He has created 9 companies since 1989 in various areas of activity : Building, analyze of business data or mobile music.

He is also "Digital Champion", in charge of representing the Francecountry at the European Commission for digital issues, and wrote many books about the challenges of the Big Data. 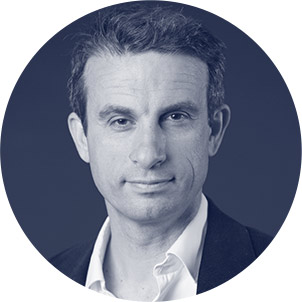 Thierry Barbaut is in charge of the communications, crowdfunding and digital strategy at the Agency for Micro Projects www.agencemicroprojets.org, an NGO partner of AFD (French Development Agency).
He is also the founder and Chief Editor since 2009 of four African media outlets including www.info-afrique.com. This media, with a team of 6 in Paris and 72 correspondents in Africa, aims at highlighting the development of Africa and its economic perspectives with a special focus on new technologies, culture, economy and finance, sustainable development, society, women, tourism, urban planning and infrastructure. 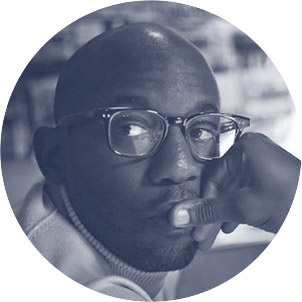 An advocate for technology as a mean to fulfill Africa's economic development, he's been active at the intersection of entrepreneurship and innovation across Africa (in Ethiopia, Zimbabwe and Kenya).

As a CEO, his role focuses on business development, user acquisition, revenue growth, as well as strategic partnerships.

He holds a BSc. in Management Business from La Sorbonne University (Paris) and a Masters in Public Policy from Sciences Po Paris. 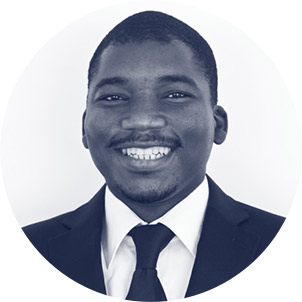 He was a research engineer with Philips Research Laboratories (PRL) Redhill, United Kingdom, in 2003.

From 2004 to 2007 he worked as reseacher with Institut de Recherche en Electrotechnique et Electronique de Nantes Atlantique (IREENA) Nantes, France. During this period, he has been a visiting Research Fellow at Communications and Remote Sensing Laboratory (UCL-TELE) Louvain-la-Neuve (2004 and 2006), Belgium and at Université Cheikh Anta Diop de Dakar (ESP - UCAD) Dakar (2005), Senegal.

From 2007 to 2013 he was an Associate Professor at ECE Paris (Graduate School of Engineering), France, in the LACSC laboratory.

His main interests concern signal, video and image processing for wireless communication and networking applications, including data protection issues. He is also enthusiastic about exploring transversal subjects such as eLearning, Telemedicine and eHeath, Smart Grid Energy.

Max Agueh is involved in different ICT development projects in Africa and is member of the technical and scientific committee of the International Conference AFRICOMM. He is also the Founder & President of the Think Tank ETIC-AFRIK (An advocacy Think Tank for Energy & ICT development in Africa). 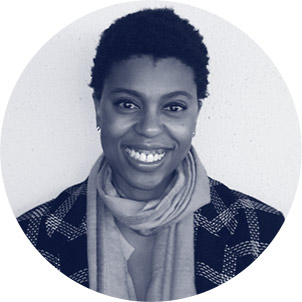 Bontle Senne is a South African writer, literacy and literary advocate. As a writer of fiction for children and teenagers, she was the shortlisted for the 2014 Golden Baobab Children's Literature Prize – Africa’s largest children’s literature award. Bontle was also the prize’s inaugural Media Fellow in the same year.

In the education sector, she has had frontline teaching experience in secondary and tertiary education institutions and driven national educational outcomes via improved access and quality of literature, curricular design for languages, and stakeholder alignment in the non-profit sector.

Bontle is currently a Board member at READ Educational Trust, one of South Africa’s oldest and largest education NGOs, and the innovative Puku Children’s Literature Foundation, working to bridge the digital and literary divide throughout South Africa. Bontle is also a part-owner of feminist trade publishing house Modjaji Books. 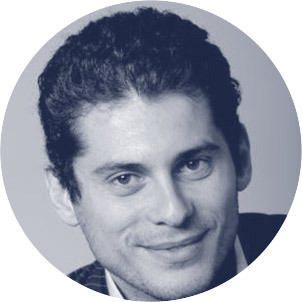 Dancer and Judoka during his youth, he’s also titular of a Civil Engineer degree from ESTP (Ecole Spéciale des Travaux Public – Paris), has been to Alstom Senior Management program in INSEAD in 2013 and to the CHEDE (Cycle des Hautes Etudes pour le Développement Economique) in 2016. 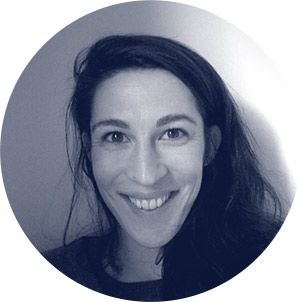 After a degree in Art History, Eva Moari obtained a diploma in cabinet making from the Ecole Boulle, where she was trained in cabinetry. Passionate about design and production, she went on to work for a music label and later for a fashion research studio (in Antwerp, Belgium) before devoting herself to digital and multimedia production in Paris, where she developed her skills in the field of innovation and emerging technologies.

Eva has been a member of Open Bidouille Camp, an organization dedicated to DIY productions, since 2012. She seeks to put into practice the diverse knowledge she acquired over various types of production experiences by applying it to projects which will have an important impact on tomorrow's world. 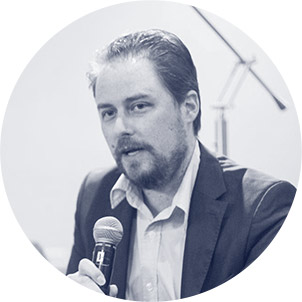 He is currently working on several boutique projects related to ebooks, apps and websites with Ilex Omni. 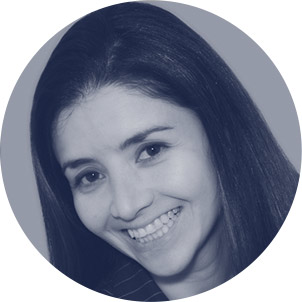 Sonia Morales is a Senior Business Manager, with over 14 years of international experience, specialized in management consulting and business management. She has lead and participated in several global business transformations across various industries. Colombian, holder of an MBA and currently based in South Africa implementing an Educational Technology (EdTech) social idea.

Sonia´s expertise expands towards Program Management, Stakeholder and Change Management, Business Management, Learning and Knowledge Management, Leadership, Business and Process Improvements and Entrepreneurship. She is passionate about social development, education, environment and empowering youth and woman, therefore she is regularly supporting and advising pro-bono entrepreneurs, ideas and projects in those realms. 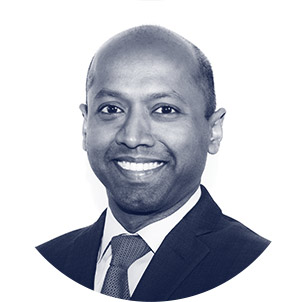 Navi is Indian-born French national, he is an innovation and leadership strategist based in Silicon Valley. A Fellow at Judge Business School, University of Cambridge, Navi has served on the World Economic Forum’s Global Agenda Council on Design Innovation and contributes to Harvard Business Review online. Navi won the 2013 Thinkers50 Innovation Award and spoke at TED Global 2014. He is ranked as one of the 50 most influential persons shaping innovation in France.
He is the coauthor of Frugal Innovation: How To Do More With Less, which won the CMI Management Book of the Year 2016 Award. 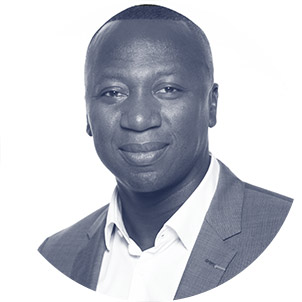 Bertin Nahum was born in Senegal on November 14, 2020 . He holds an Engineering Degree from the National Institute of Applied Sciences (INSA, Lyon, France) and a Master of Science Degree in Robotics from Coventry University (United Kingdom).
In 2002 he became the CEO and Founder of Medtech, a company located in Montpellier, France. Today, Medtech designs, develops and markets the latest generation of robotic assistance for surgical procedures of the central nervous system known as ROSA™ technology 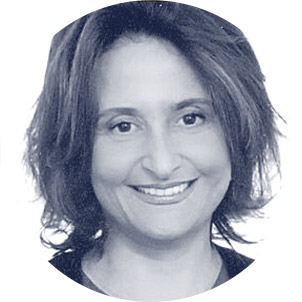 Abla Benabdallah is currently director of the Human Capital of SNI, a Moroccan investment fund with a panafrican approach. She’s titular of a degree of Paris Dauphine University, even if she begins her career in the banking sector, she joined in 1997 the ONA Group to work in human ressources, project developement and communication. She created its Firm University, to enhance knowledges and professional experience transmission. Moreover, she’s involved in diverse movements such as Societhics. 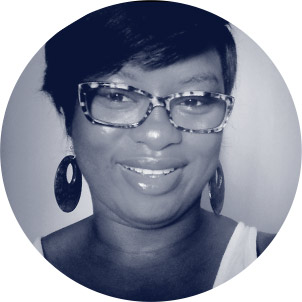 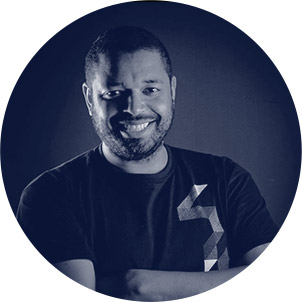 Former Student of the Institut universitaire de technologie de Vannes and Epita, Kwame is the cofounder of the Ecole42, a private and free computer programming school co-created by Xavier Niel (Founder of Illiad) with several partners including Nicolas Sadirac and Florian Bucher. Before 42, Kwame was an executive of Epitech, and worked as entrepreneur in Computer Sciences. Interested in social entrepreneurship, he supported the creation of the Web@cademie, launched by Nicolas and François Benthanane. The school aims to get back on the track of the University non-graduated students, who love Code and Computer Sciences. Son of a French-togolese politician, Kwame knows how the future of Africa and its place in the international world can be changed. 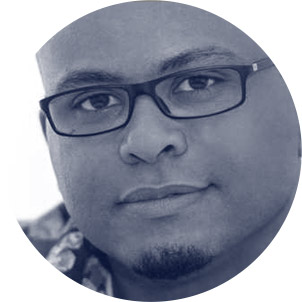 A former student of the Ecole Polytechnique de Montreal (Computer Engineering), Karim SY soon released his innovative entrepreneurial talent since university. It will bring him to successfully being involved in many Business projects in Canada, Mali , Senegal, Dubai and France. His international DNA and activities brings him to works with 20 african countries. Pioneer in various digital projects, Karim is an entrepreneur and digital activist around innovation. He is the founder and chief catalyst of Jokkolabs. He is an active player of the emergence of the African innovation and entrepreneurial ecosystem with the launch of one of the first innovation hub the 10/10/10 in Senegal (now 8 countries including France), the organisation of new format of event and meetup (startup weekend, Mobile Monday, GEW, etc.) and supporting different tech communities.

FOSS activist, he was board member of FOSSFA (2012-2014) and is currently partner of the software company Maarch SAS (France) and chairman of Maarch West Africa SA based in Dakar (Senegal).
Karim SY is a founding member and executif of OPTIC the main IT organisation of Senegal since 2003, was VP of the IT/BPO cluster – Accelerate growth strategy (Senegal Prime minister cabinet), member of the Council Trade Point Senegal. In march 2015 he elected by his African peer chairman of the west african public-private platform for the Global Entrepreneurship Congress Johannesburg, 2017.He is elected Ashoka Fellow in 2012, the largest network of social entrepreneurs worldwide. In 2013, Jeune Afrique Magazine futured Karim SY as one of the 25 leaders of tomorrow for francophone Africa.

Assilah, 28 miles south from Tangier on the Atlantic coast is a beautiful fishmen traditional port. It has a conference center.

HOW TO GET THERE :

We ensure the best conditions to enjoy your stay in Assilah !

We prepared for you the best tips on nice places to eat & drink at Assilah. Everything can be reached on foot in a few minutes.

Accomodation: a house or a room in one of our Assilah locations

Food & beverage during the event

Transfer from the airport can also be arranged to your convenience